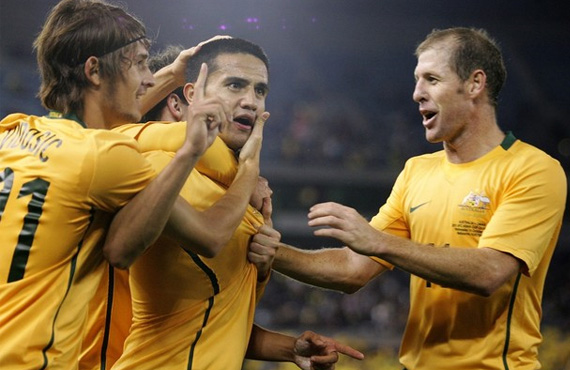 What amazes me about today’s game is that Pim Verbeek sent out a near full strength Aussie team… and they struggled… againt Oman… again! And whilst Verbeek continues to persist with his conservative approach to games and a one striker formation, he should be thanking his lucky starts that Timmy Cahill delivered the goods again and got Australia’s qualifying campaign on track again. Some may argue that a win is a win… and in a World Cup I’ll take that, but damn, if Oz can’t dominate in Asia (where it’s currently ranked numero uno) South Africa 2010 is already looking like it may be a bit of a shambles… for the sake of the sport in the country, I seriously hope I’m wrong!